The complexity of the Via Appia is inseparable from its beauty. Our task is to protect and conserve it, enhancing our knowledge of it. Over the centuries people, goods, and militias coming from far away have travelled along the Via Appia, and still today the architectural and monumental complexes that established themselves over  those centuries, in surroundings of such rare beauty, are a unique historic heritage of nature and landscapes that offers us ever-changing, fascinating panoramas which alas, in too many cases, had become devastated by degradation and illegal building.

The Via Appia takes a route that follows the morphology and contours of the territories through which it passes; at times it is paved with blocks of flint bedded on layers of smaller stones that gradually decrease in size to drain away rainwater. As a vital artery for commerce, troop movements, and people, this surface was constructed with the utmost care and expertise and its efficiency had to be ensured by constant careful maintenance, to prevent any interruptions of traffic. The road was not always surfaced with blocks of flint; in some places the finish was glareate (a loose mix of small stones) or simply rammed earth. Over time some parts of the original roadway, some of them of considerable length, had been forgotten and replaced by busy modern roads on which it is now impossible to walk without risking one’s life. 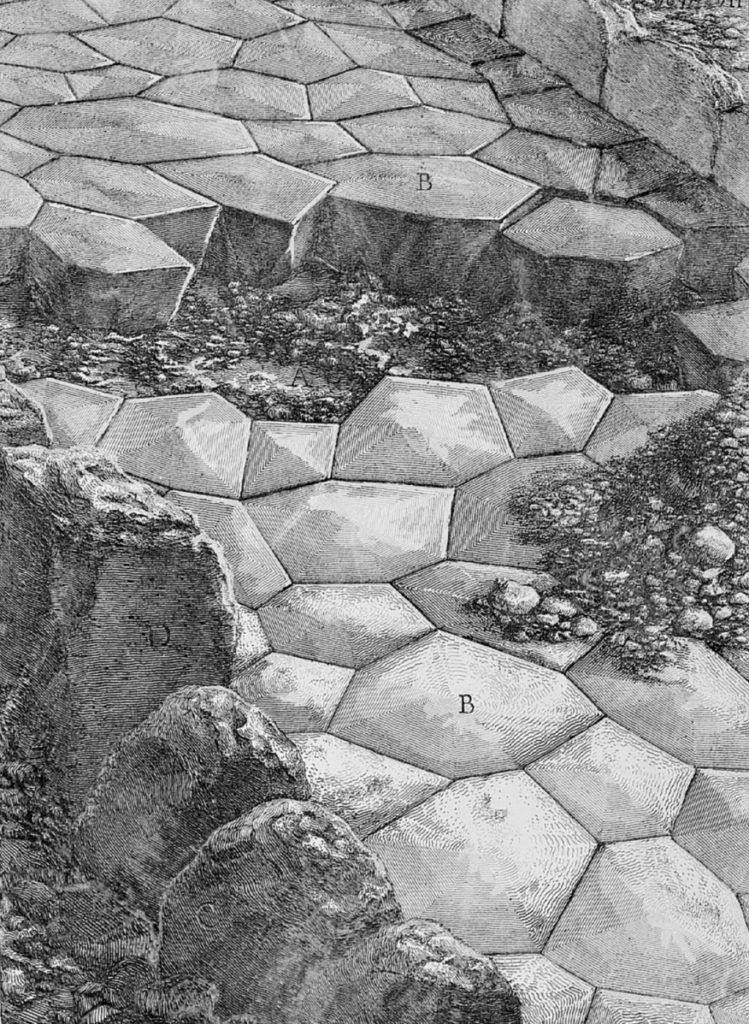 In parallel with this gradual abandonment, which over a long period resulted in a number of very badly degraded situations, there were cases of illegal construction, some of them very serious. For those reasons the wide-ranging action that the General Secretariat of MiBACT has begun, working with the local regional governments and official agencies, to restore this historic road and enhance its appreciation will lead to a significant re-launch of the Via Appia.

“For its entire length, and for a width of a kilometre or more on either side, Via Appia was a unique monument to be religiously kept intact because of its history and its legends, its ruins and its trees, its countryside and its landscape, its beauty, its solitude, its silence, its light, its dawns and its sunsets …”.

Alas, the Via Appia had not escaped the very serious vandalism and widespread illegal building that devastated it in significant parts along with its adjacent areas, its ancient monuments, historic towns, and settlements; but now there is an opportunity to implement specific projects able to re-qualify them. The causes of the degradation can be only partly attributed to the lack of financial resources. The devastating impact of a superficial culture did the rest. A recovery project is instead solidly based on the knowledge of the territory, of the monuments and their history.

This strategic programme will mark the beginning of a new “path to redemption” for the Appia that will put it on the same level as Europe’s other great historic cultural routes. The relationship between  landscape, nature, fauna, monuments, and historic infrastructure will become the core around which a new model of compatible and inclusive tourism will be developed useful for the growth and promotion of  local communities.

Respecting local characteristics and existing diversities, the restoration programme will support uniform methodologies for intervention covering the entire length of the Via Appia from Rome to Brindisi. A “Code of Practice” will describe the techniques and materials to be used for all conservation works of the various parts of the ancient road and of the different types of paving (glareate, stone blocks, rammed earth, etc).

At the time of its construction the Via Appia was an important economic investment, perfectly built to ensure its durability, efficiency, and resistance to weather over the long term. Coordinated by a rigorous command structure, a large workforce staked out the route, selected the materials, prepared the base layers and laid the finish.

Along the sides of the road were kerbstones indicating the width of the carriageway and marking out buffer zones that helped to indicate the direction of travel; many of these are missing today and will be replaced to make a continuous line once again. At places where the edges of the road have become buried or have been hidden under the spontaneous vegetation, local archaeological investigations will be carried out to establish where the original sides of the road were. The new replacement parts will be made from materials that are compatible with those pre-existing.

Particular care will be required to reinstate the channels that collected rainwater and conveyed it away from the road surface; their slopes must be checked and corrected as necessary to prevent the formation of puddles, which caused much of the damage and degradation in the past.

These new models for developing a sustainable form of tourism are a marriage between economic progress, social cohesion, and environmental safeguarding which by promoting localised growth, ascribes a strategic role to the quality of life. With that in mind there are some issues that cannot be ignored in order to make this tourist offer accessible, as an indispensable factor for promoting the full participation of everyone, residents and tourists alike, in their free-time, recreational and cultural pursuits. In the strategic programme, therefore, special though will be given to these new models of development with respect to ethical requirements for inclusion and participation, such as the needs of disabled tourists, who must be considered on the same basis as everyone else. Design research will respond to these requirements with appropriate projects that help to disseminate an authentic culture of receptiveness that improves local quality and tourist offer, both public and private, obtaining significant side effects both in economic terms and regarding the quality of life.

Archaeological Park of the Colosseum

(The article is from “China and Italy: routes of culture, valorisation and management” , CNR 2018, edited by Heleni Porfyriou and Bing Yu)