Immediately beyond the so-called Basto del Diavolo, which was the eastern urbica gate of the ancient Aricia, there is one of the most famous and representative monuments of the ancient Roman road: the viaduct by which the Appia road overcomes a wide depressionof the ground going up towards the Pardo Hill – which forms the eastern side of the volcanic crater of Vallericcia –continuing towards Lanuvium and Velitrae.

The subconstruction, as support to the overhanging road, is 230 meters long, 8.20 meters wide and 3.30 to 13 meters high (now 11.60 meters); is made by cement mortar covered by masonry of blocks of local stone (Peperino) layed in alternating rows; an arch in the center, along with two small arched sewers, was functional to the runoff of the meteoric waters and the underlying ditch; a second arch, decentralized, allowed the passage of a cross road to the Appia.

Interesting construction detail is that, to adapt to the climb, the square work is not horizontal but inclined, following the slope. 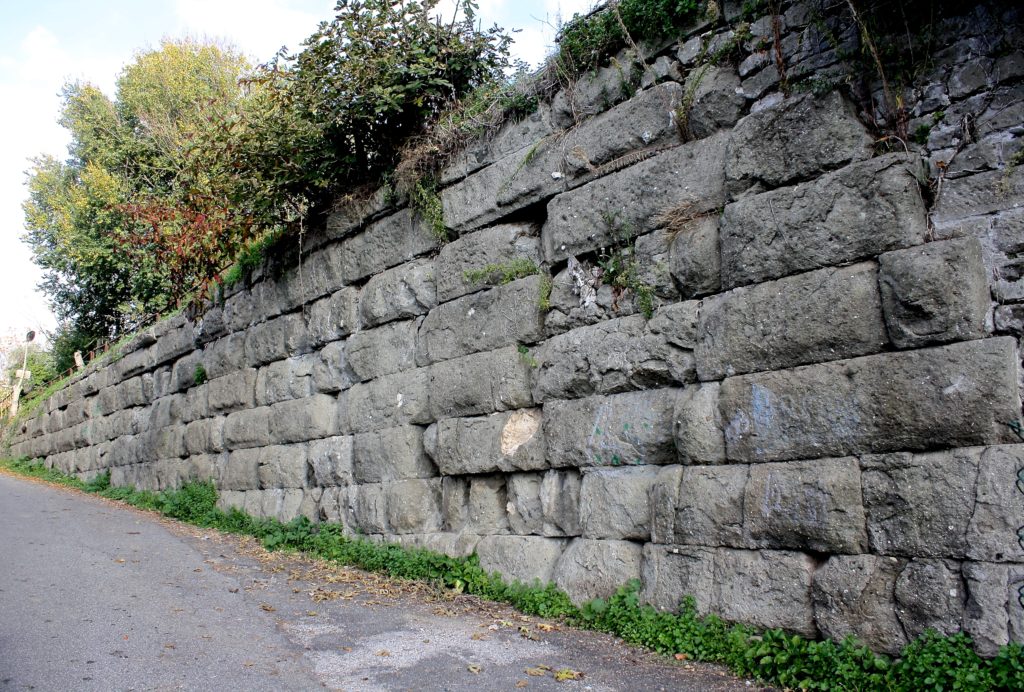 The Viaduct of the Via Appia Antica

The monument, immortalized in various prints (Labruzzi, Piranesi) is dated 2nd century BC. with some reconstructions at the beginning of the first century BC; therefore is undoubtedly that St. Paul traveled on it on his journey to Rome.

The discovery, in the 19th century, of a marble monument (perhaps an arch) with an inscription mentioning a restoration by Tiberius Latin Pandusa, curator of the streets, could suggest an Augustan restoration; this monument was recently reassembled in the Chigi Park.

Just before the sub-construction, almost in front of the nearby monument called “Basto del Diavolo”, on the right of the Via Appia for those who come from Rome, there was the first mansio, a building used as a stopover and refreshment point, identifiable as the modicum hospitium, mentioned in the V Satire by Horace, which stopped there during his journey to Brindisi. The site is just at the 16th mile of the Appia Road, as reported on the inscription found on a milestone, referred to the period of the emperor Maxentius, that recalls also its restoration; the milestone is currently preserved in the Chigi Park.

The viaduct was restored again under Pope Pius IX and, until the 80s of the last century, it could still be seen the basolato, although extensively reworked over the centuries.

It is located in a green private property, so it is visible from the street.