The first and most important monumental complex overlooking the Via Appia within its first mile consists of the large building of the Baths of Caracalla, inaugurated in 216 D.C. by the emperor in the Regio Piscina Publica;  Caracalla also designed a road to go there, the Via Nova, a route that ran parallel to the oldest Via Appia, along the front of the THERMAE ANTONINIANAE. The Via Nova is indicated on the Urbis Forma. Ancient sources say it was about 30 meters wide, while the Appia road was only one third wide; it is mentioned in the Regional Catalogs and in a Christian inscription but no archaeological evidence is known up to now.

The recent excavations of the Special Superintendence of Rome on the front of the Tabernae of Caracalla Baths overlooking the city, have provided new knowledge on this road, altitudes, accesses, entrances to the thermal bath building, while the research within the Appia Regina Viarum project has the aim of finding and recognizing the two paths of the Appia and the Via Nova, verifying their distance and interconnection, based on research from photographic and archive sources , and non-destructive geophysical investigations; only after collecting more data and more certainties will a targeted excavation be carried out. 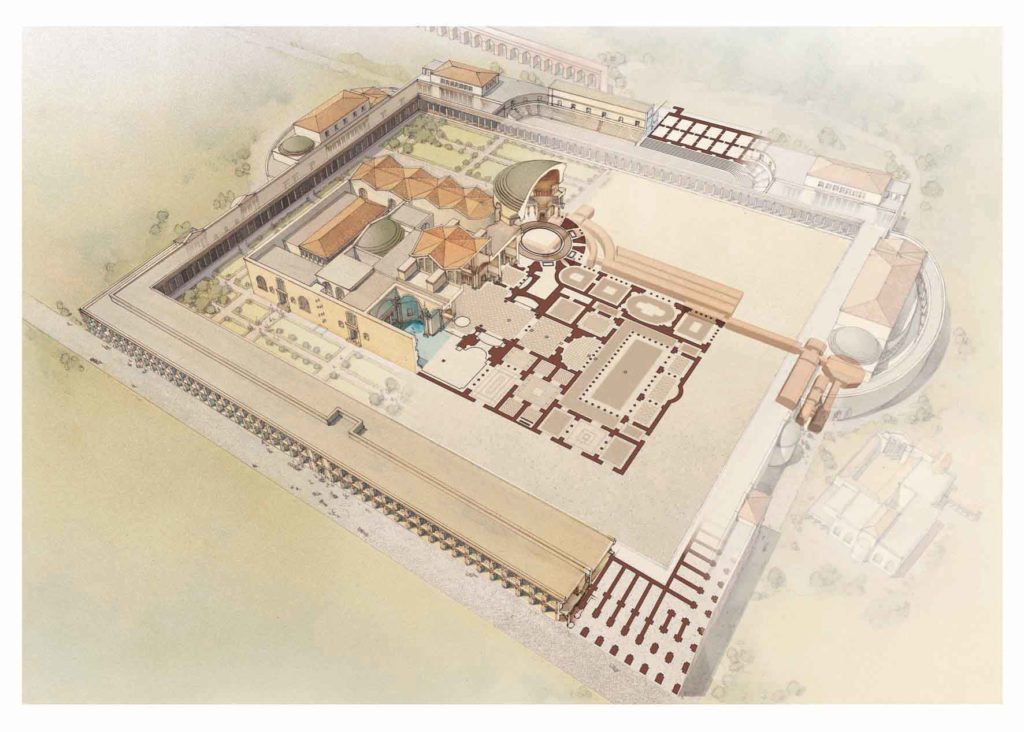 Reconstruction of the area of the Baths of Caracalla

The Baths had at least 5-6000 users per day and the main entrance was right on the front of the current Archaeological Walk, through a row of tabernacies that were interspersed, supposed more or less every six, by access stairs to the building, while in the center there was a monumental entrance with a staircase.  The movement of people had to be intense, moreover recent excavations have shown that the Baths were equipped with public latrines also open to external users, not only to bathroom-goers and this must have further increased the number of person in the building. 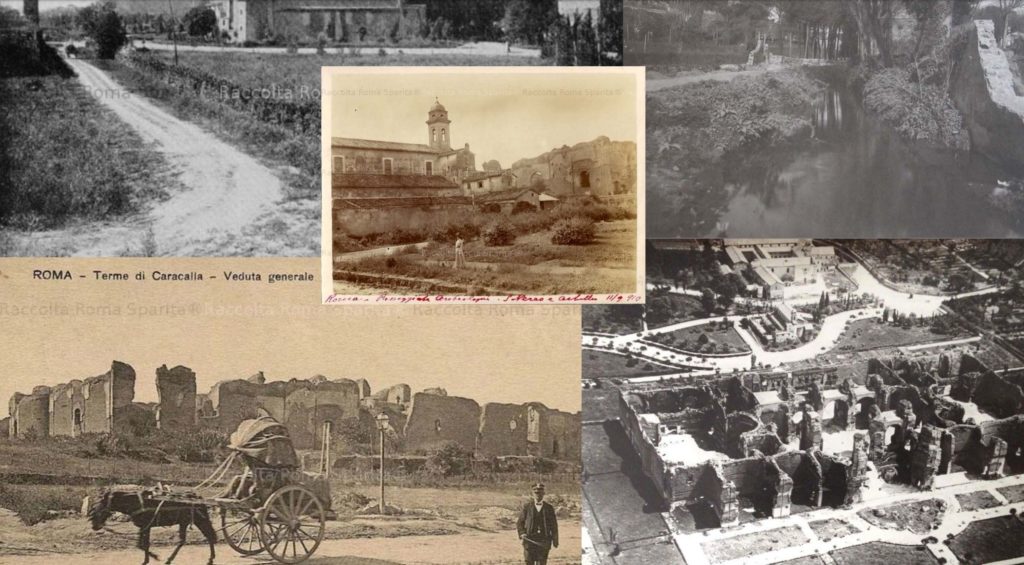 Vintage photos of the Caracalla area

Analyzing some historical plants of the Via Appia it seems that its initial path has never been changed and that the Via Nova, which ran close to the Baths of Caracalla, is a road parallel to Appia and  connected to it through paths orthogonal to the building.