Stage 7, just over 14 kilometers long, and almost all on the sidewalk, crosses the urbanized areas of Formia and Scauri. The route starts from Largo Domenico Paone to Formia and from here takes Via Tullia and then Via Abate Tosti.
They are low-traffic roads often equipped with sidewalks, so you can run quietly and safely. You pass Piazza Risorgimento and walk a short stretch of Via Emanuele Filiberto (SS 7 – Appia) to the Carabinieri Roundabout, always continuing on SS 7 – Appia towards Naples. We are on a promenade equipped with sidewalk with beautiful sea views on the right, then covered first by beautiful villas and then by green areas, commercial buildings and housing.

first leg of the stage

second leg of the stage

Again sidewalk, with the exception of few, short stretchs with a dirt quay. We cross Simonelli village. The pavement continues along the SS 7 – Appia until it crosses via Mulberry Red. Besides, on the highway there is no sidewalk and the danger to walkers is very high, so it is better to take this street, small and certainly quieter. Continue to the left: Via Cappelli and then via Virilassi until you return to the SS 7 – Appia at the corner of the remains of a Roman aqueduct. Here the pavement is again present and we are only 650 meters from the entrance of the archaeological area of Minturnae, the end point of the stage.

third leg of the stage

To learn more about the archaeological sites of Formia and Minturnae follow these links: 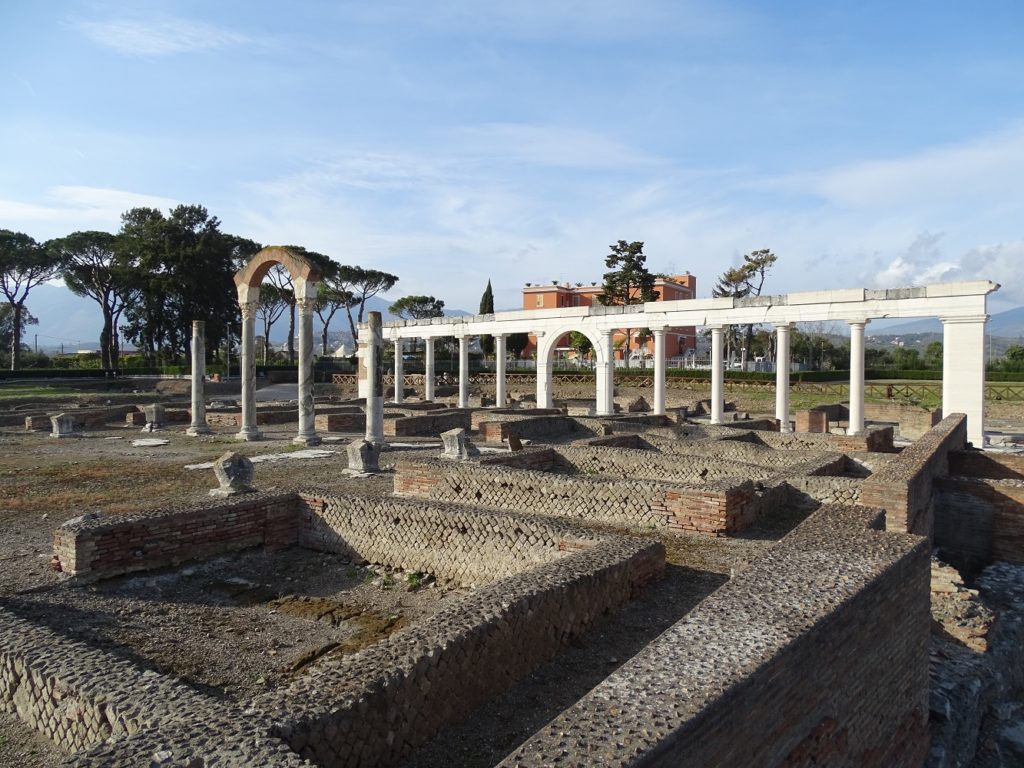 There are other places of historical interest near the Walk or at short distance from the track, but there is no guarantee that they will be visible and or can be visited:

Near the port of Scauri the remains of Emilio Scauro’s villa (visible from the outside of a review), the ruins of the Aussie city of Pirae and the medieval tower of the mills (in private property),

The ruins of Castrum Argenti are near Marina di Minturno on a small headland (Silver Mountain).

For a virtual tour of this stage, watch the video: