Minturnae was deduced in 296 BC as a maritime colony on the right bank of the River Liris (an ancient name of the Garigliano, a river now border between the Lazio region and the Campania region) for commercial reasons, due to the navigability of the river, and at a convenient landing point of the Lazio sea coast, not far from the mouth where stood the sanctuary dedicated to the worship of the nymphand Marica  ( and later, on full imperial age, to the worship of the Eastern deities Isis and Serapid).

The shape of the primitive city is that of the castral system, with square perimeter delimited by walls in polygonal limestrone work, divided inside by the orthogonal axes of cardo and decumano (this is the Appia road).

Later, perhaps around earler 3rd century BC, the city extended out of the castrum with a new wall in square work, equipped with towers,. The Forum was arranged, delimited by a triple  porch, with square pillars of and densetile decoration, and became the Capitolium. The first theatre is dated around end of the Republican era.

The radical urban transformation of the Augustan age, following the new colonial deduction, involved the monumentalization of the urban section of the Appia Way by arcades, the construction of a temple dedicated to Augustus in the republican forum, the dedication of a temple to Caesar deified on the castrum, the arrangement of a new square addressed to the oldest, the re-etaling of the theater. The city in limestone of republican age and the stone one of the Augustan age was replaced – in the new urban planning of Adrian – as a city in masonry: the market and the urban baths were erected, the theater was expanded; the northwestern district was connoited as residential with the construction of various houses (domus of the theater, domus of the tabernae, domus of the porch, domus of the market, domus of the baths); the streets were embellished with fountains and nymphs, thanks to the management of an aqueduct. The Minturnae that we visit today has the characteristics of the city of Adrian period, with the new buildings, the new construction technique, the novelty of the water brought to the city, but above all with the rises of the heights of trampling and the obliteration of some streets. For the following centuries, the events and fortunes of Minturnae are narrated not by urban planning, but by the refurbishment and restoration that follow until the 6th century AD. 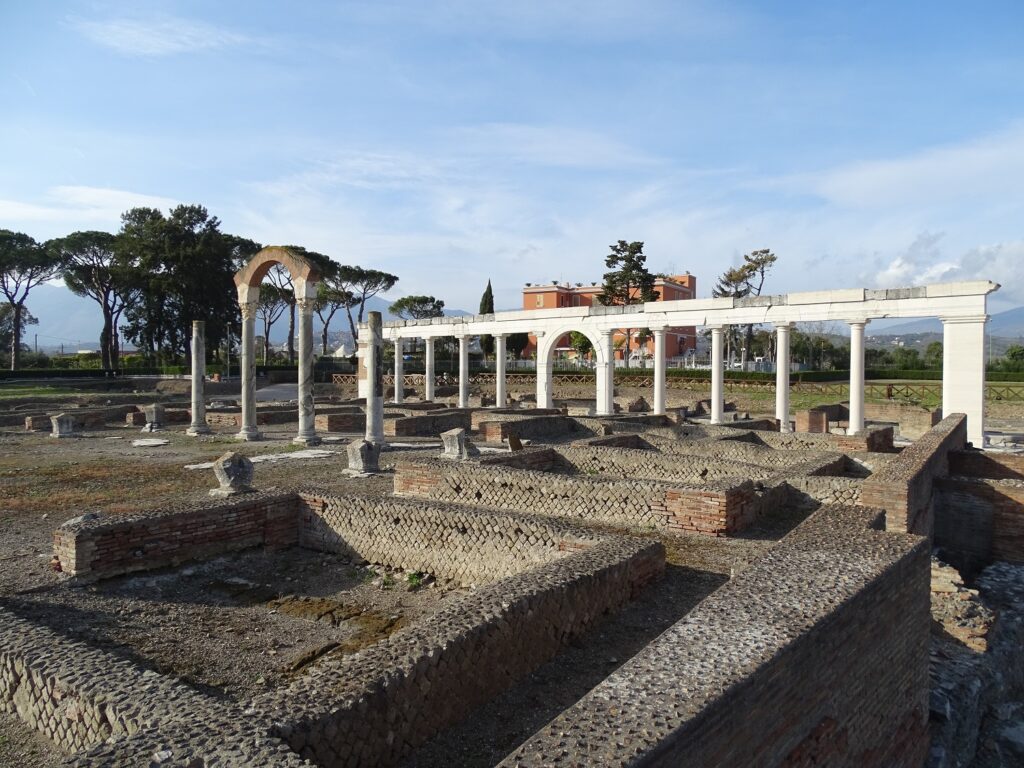 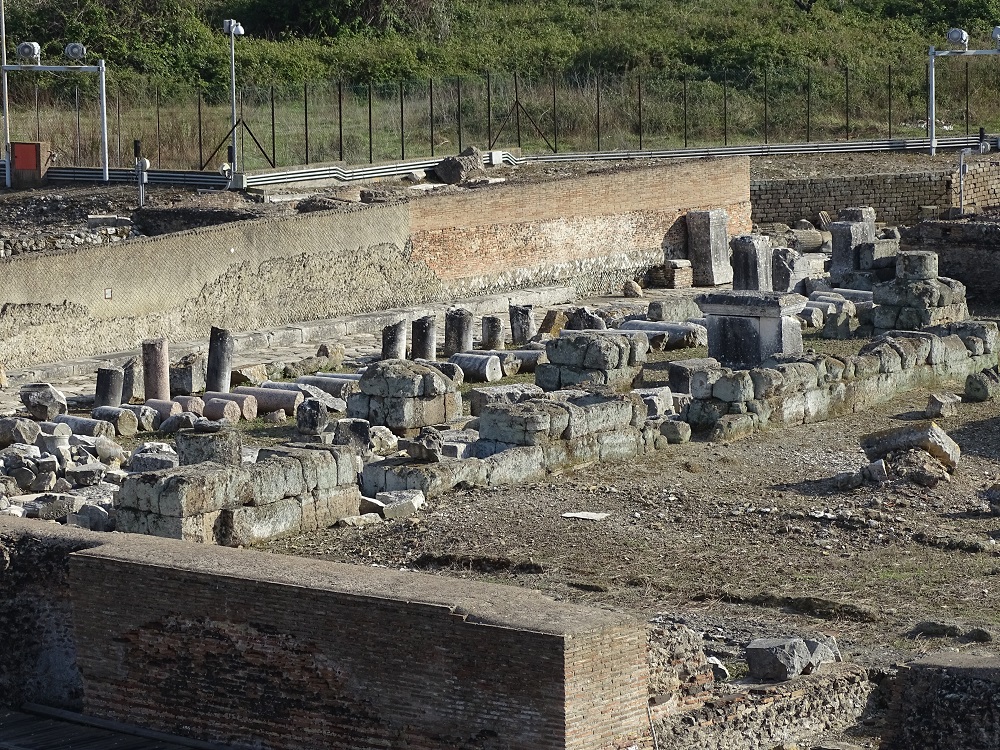 The most significant finds from the city and the territory around have been displayed since 1984 in the Antiquarium, set up within the ambulatory of the Roman theater. In the right ambulatory, the “gallery of statues”, you will find the most significant sculptural materials both for the history of Minturnae and the monuments where they were found (statues of Augustus and Livia from the time of Augustus, statues of Muse from the theater), and for the history of art (Hellenistic originals and roman copies from Greek originals). The left-hand ambulance houses the lapidarium, the collection of marble architectural decorations relevant mainly to the various stages of the theater and a series of togati.

Timetable and price of the Archaeological Comprehensive

Near the area, the modern Appia road intersects with the many impressive arches of the Roman Aqueduct, once about 11 kilometers long, as well as you can admire the Real Ferdinand Bridge, the hanging bridge on the Garigliano, with iron chain pulls, the first made in Italy with such technique. This bridge was designed by engineer Luigi Jura and opened in 1832 by Ferdinand II King of the Two Sicilies. Adjacent to the area is also the vast Minturno War Cemetery, which houses 2049 militaries of British Empire Kingdom dead during World War II . Close to the mouth of the Garigliano river are the ruins of an ancient sacred place: the Temple of the nymph Marica, deity of the waters. 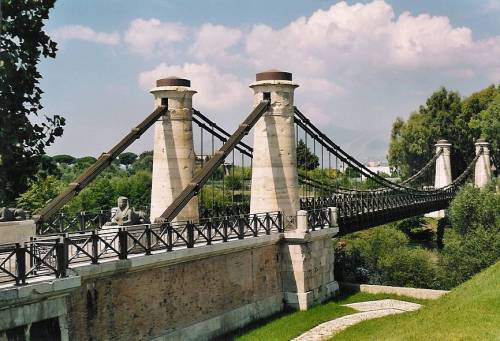