Stage of 17.5 kilometers between green fields, gardens, farmland and beach in a coastal narrow land listed by the Ministry for its landscape interest.

The route of the Way at this stage differs in large part from the route of the Ancient Appia because the latter corresponds to the State Road “7 quater” impractical for pedestrians. So the Way runs between the busy highway and the sea until arrives along coast.

Starting from the archaeological area of Minturnae and coming out from the gate on Via Punta Riume, you cross the road on the pedestrian strips, stay on the left side and at the roundabout you hold your right inside the guardrail, passing at first the bridge over the Garigliano and then the Provincial Road 130.

We continue straight on the sidewalk, which unfortunately ends a little further ahead (be very careful there), until we pass the Fusare ditch and, after the bridge, turn right, finally leaving the highway to turn back on the embankment of the ditch. 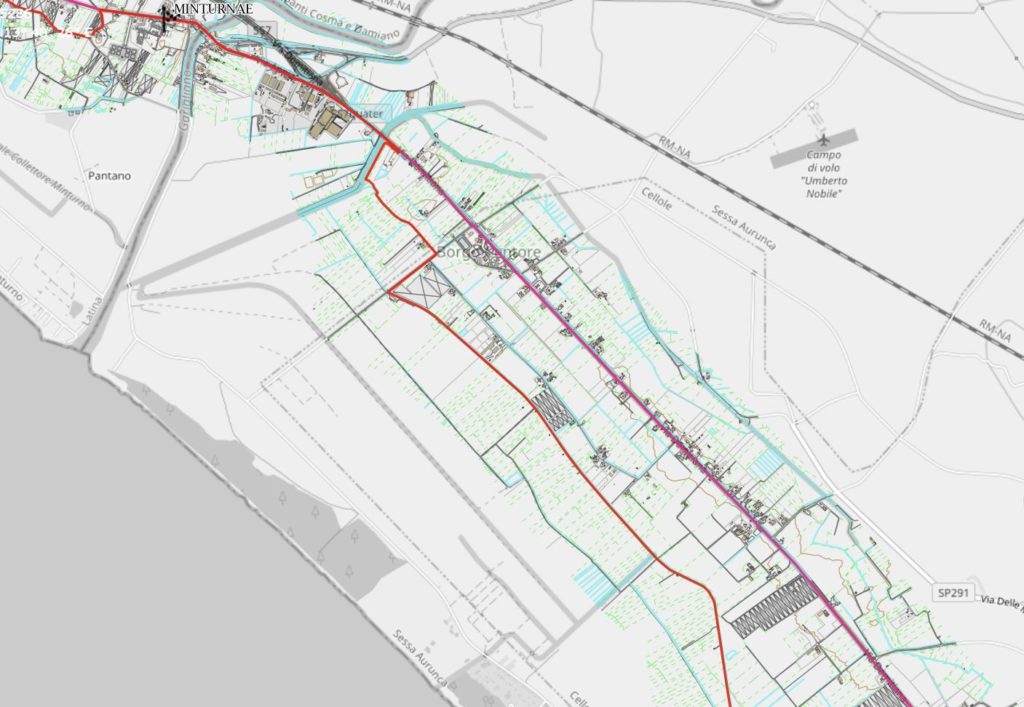 Walk on the footpath for 300 meters ( the ditch is on your right) and then try to reach on your left a dirt road leading on Provincial Road 276. Now you run about 3 kilometers from the start. Take the narrow and quiet provincial onthe right and, after 400 meters, turn left on another quiet dirt road that join to the Provincial Road 264,  busy and more dangerous than the previous one. You have covered around 8 kilometers from the start.

You take to the left and you walk 150 meters until you find a dirt road on the right. Around, peace is back.

Following, you reach Provincial Road 122 on which you walk on the right side: is a quiet bike path to follow  for 450 meters; then you take on the left a dirt road (at the corner of the Fontanavecchia Hydrovoro Plant).

You walk along a long straight of about 1700 meters up to a house and, here, you turn right on a dirt road until you reach, after about 600 meters, Via of the Olmi. We are in the residential area of South Domizia Bay Marina. 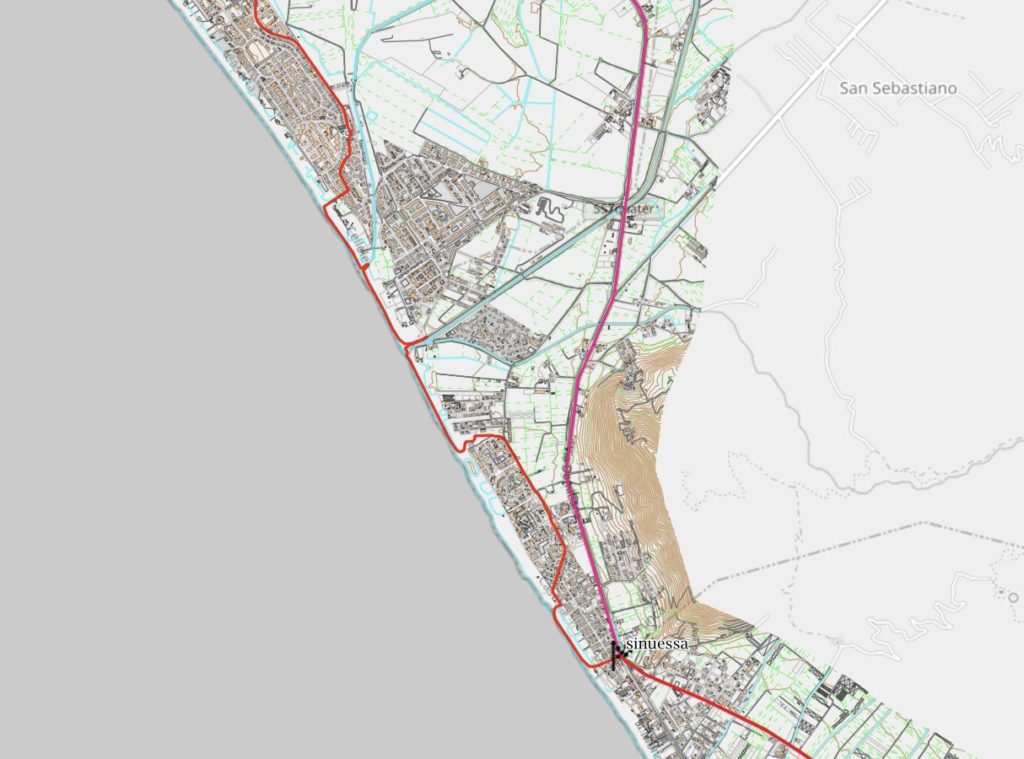 You take the right  – Via del Olmi – and continue on the sidewalk crossing two roundabouts and continuing on Via del Trimoletto until you find an sign “Lido Azzurro” that leads seaside. You traveled about 13.5 kilometers from the start.

Continue safely to the left along the beach, passing two small drains that flow to the sea (look for the best and safest way to cross them). Before the second rio if you go up it by skirting it for 150 meters, you can see on the left the remains of the sumptuous Roman villa of San Limato, with nice original mosaics. We are near the area of the ancient city of Sinuessa. 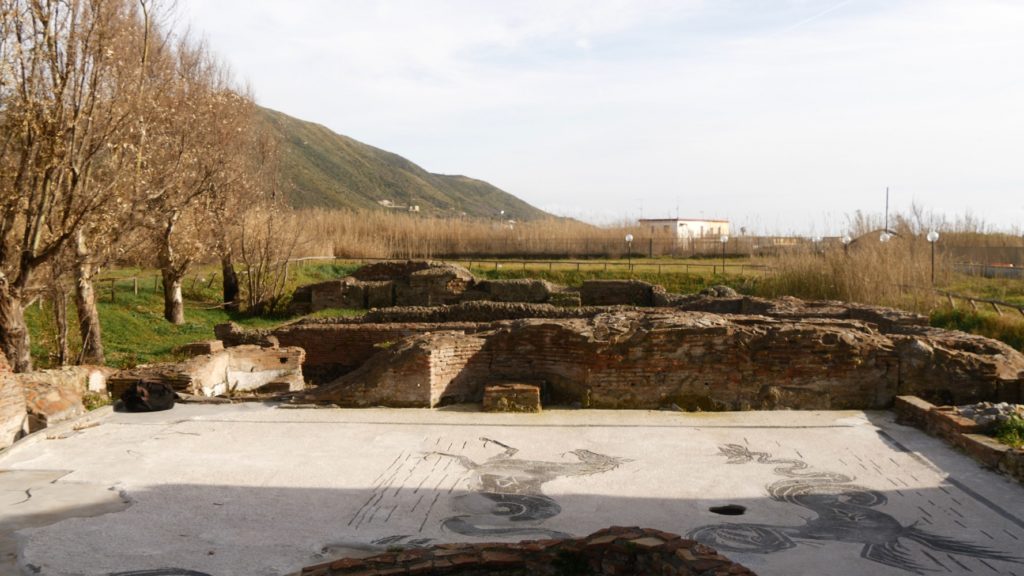 A little further after a dune to the left and behind a football field, there is a section of basolato  – original roman stone pavement –secondary road of the ancient Appia and on Avenue Augustus (parallel to the sea) on the left, traces of the basolato of the “maximum cardo” – the main road at the center of romain cities. You walk back on the beach and a little further on, near the place named Lido Sinuessa, you take left on the paved road until you reach the Domitian Road (SS 7 quater) where this 8th stage ends. Inside the park of the Sinuessa Terme Hotel there are ruins of the Roman baths of sulfuree waters of Sinuessa.

This area is full of remains and traces related to the ancient city of Sinuessa and the Ancient Appia Way (go to the Atlas and activate the level “cultural heritage”) . http://appia.beniculturali.it/appia/

For a ride on the bird’s-eye stage see the video: