The restoration plan realised since 1990s by the Archaeological Superintendence of Rome, and still ongoing, includes many intervention themes based on a multidisciplinary approach linked to an extensive historic, artistic and experimental research.

In order to safeguard and conserve the vast historic heritage of the Via Appia, MiBACT, attached major significance to the public acquisition of various important monumental architectural sites, formerly privately owned, which today have been restored and are part of the Appia Antica Archaelogical Park.

Villa dei Quintili stands at the fifth Roman Mile of the Via Appia and was one of the most important suburban villas in the Roman countryside. The property was acquired by the State in 1985 and opened to the public in 2000. Thanks to the continuing archaeological excavations and restoration work (Fig. 1), the public can now enjoy an important visitor route that connects the two fronts: one facing the Via Appia Nuova with the other overlooking the Via Appia Antica, where a monumental gateway acts as the entrance to the property of the Quintili. Seen from the road, this provides a grand monumental backdrop overlooking the great Nymphaeum, which has now been restored. 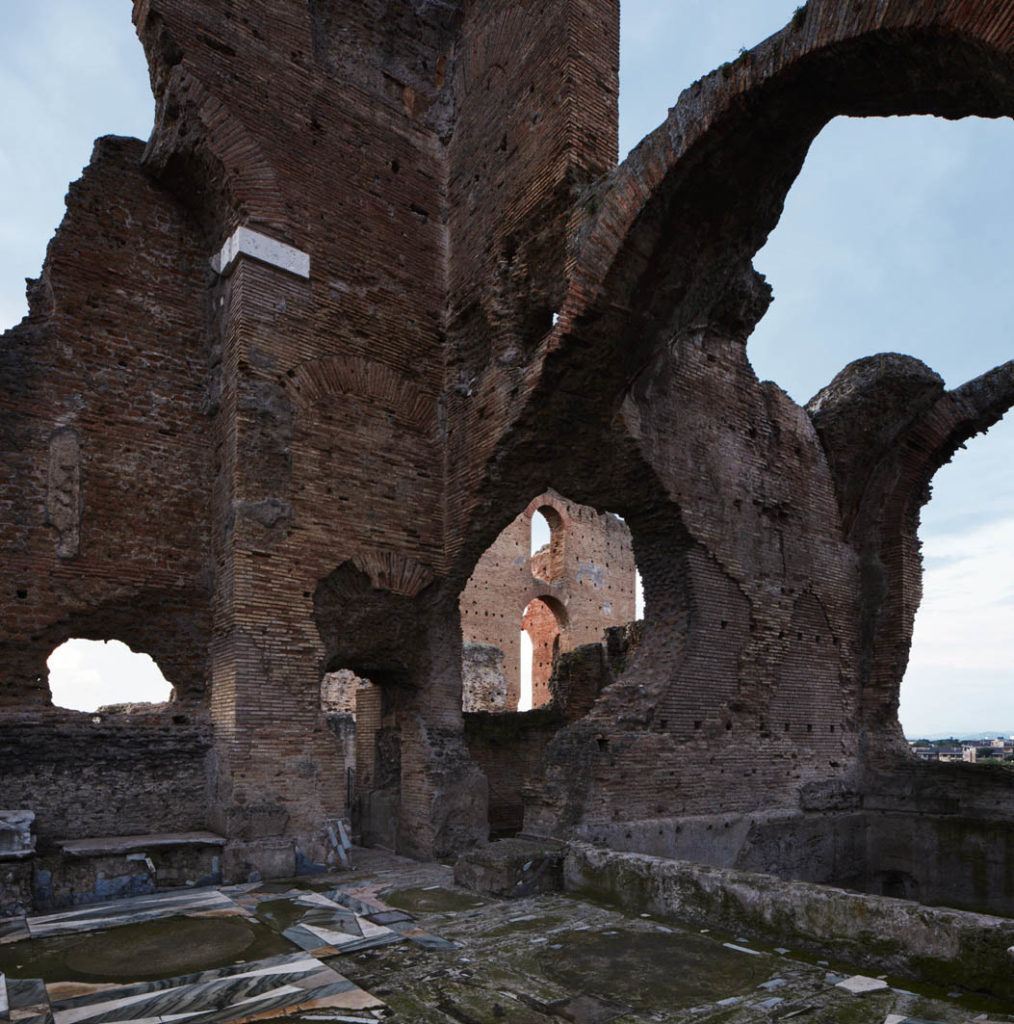 Roman baths dating back to the second century B.C. were discovered at Capo di Bove; Antonio Cederna’s private archive, donated by his family, is kept here at the Centro Studi Antonio Cederna, along with a centre of documentation about the Via Appia.

The Church of San Nicola nel Castrum Caetani was restored by the author (Filetici, Paris et al. 2007) within the restoration programme of  the Archaeological Superintendency of Rome. The internal surfaces of the walls of the church had originally been built from blocks of tuff using the so-called “opus saracinescum” technique. Before restoration, there were extensive areas of decohesion caused by rainwater that has been running down the walls ever since the roof  was removed at the end of the 19th century to prevent the building from being used by tramps and robbers. Restoration of the tuff surfaces at these points consolidated the stonework whilst the creation of new channels and other works helped to drain away the rainwater, but if this restored masonry is to be adequately protected, a new roof will be required.

The new lighting design, which won the 2017 IES Illumination Award of Merit, offers visitors and passers-by a new view of this marvellous architecture, thanks also to the newly re-opened entrance, which had previously been walled up because of structural problems, and to the equally new structural consolidation of the bell tower, which had been very badly fissured (Fig. 2). 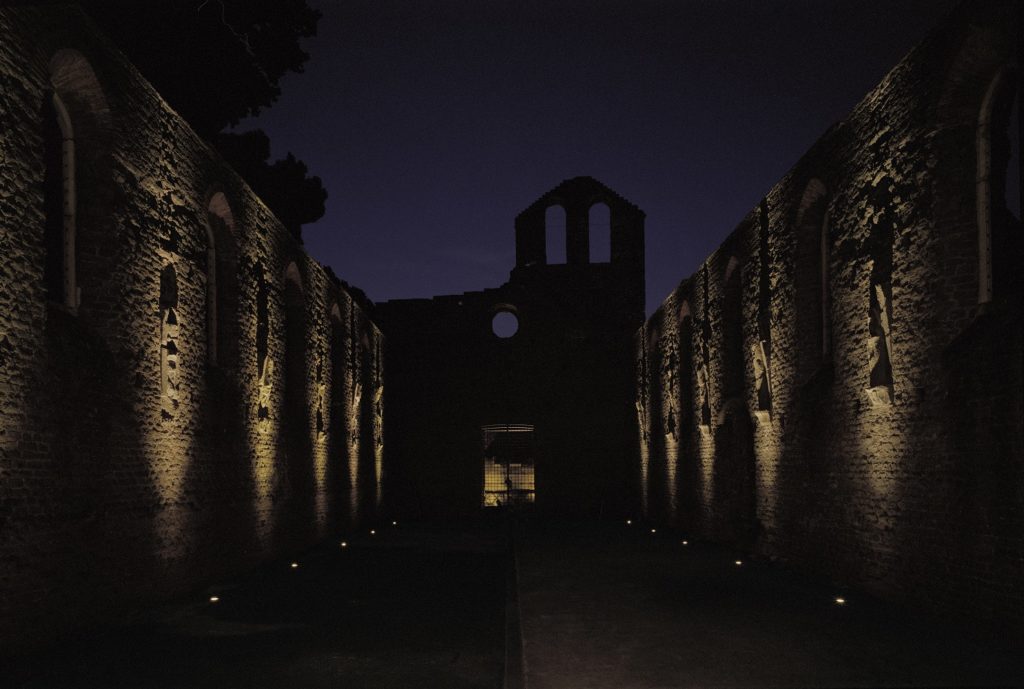 The marvellous country house of Santa Maria Nova (Fig. 3) was acquired by the Italian State in 2006. After the administrative procedures had been patiently completed it was at last liberated from the illegal buildings that had mortified it and reduced it to a state of profound degradation. Restoring it was a major task that had to take account of a great many conservation aspects: from the hydraulic project that brought the stagnating water features back into use, the reinstatement works in the botanical parks, the anti-seismic aspects, and new internal arrangements that fully recovered the surfaces of the ancient stone masonry. This work of restoring Santa Maria Nova incorporated all the complexities of conservation, and emphasised the strength of taking a multidisciplinary approach: an expression of the multidisciplinary activities of a large restoration team whose commitment to its task became ever more grandiose the more deeply it worked its way into the substance of the ancient architectural remains. 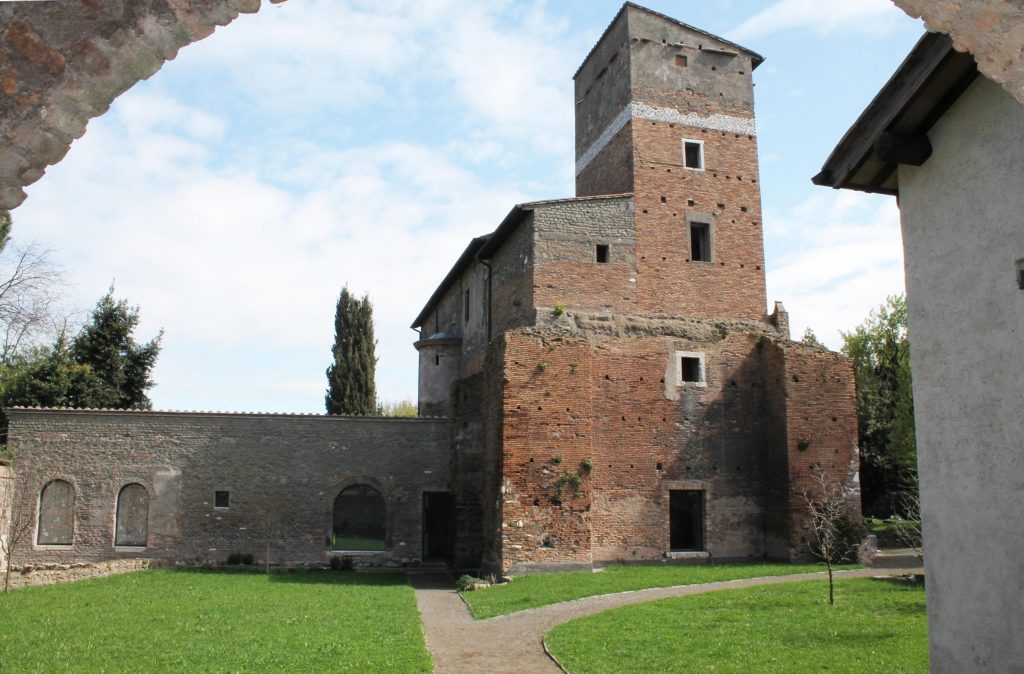 Santa Maria Nova will be the entrance from the Appia Antica into the large Villa dei Quintili estate, where there will be spaces to welcome the public, visiting the baths, the gymnasia where very beautiful mosaics of gladiators were found, the medieval cloistral where Olivetan monks used to cultivate their gardens and medicinal plants, and the large country house itself, where we restored the ancient brick walls and precious tower, now made all the more outstanding thanks to our full recovery of the white and red chequerboard patterning that dates back to mediaeval times.

The structural consolidation works to the Villa consisted of carrying out anti-seismic improvements to the masonry structure, increasing its load-bearing capacity and making it more cohesive with the assistance of mechanical means (flat tie rods and bars) to improve its earthquake resistance in specific locations. The timber roof trusses and secondary structure, made from chestnut wood, were fixed reciprocally to the masonry, thereby making it unnecessary to insert reinforced concrete ring beams; the flat tensioning bars, wall openings, and vaults were also renewed. It was decided to reuse traditional materials to bring this very extensive restoration project to completion using different techniques in a balanced way.

The lower part of the Villa was consolidated and a new external steel staircase, designed structurally in such a way as to minimise its impact, was attached to the main facade in a position that corresponds to that of an historic masonry ramp that no longer exists, but of which traces remain on the elevation.

At the end of June 2018 the Villa of Quintili estate, no longer occupied by the Olivetan monks, will be handed back to the public, offering an inedited concept of restoration combining the new and the ancient as an expression of the delicacy described by the restoration engineer Antonino Giuffrè:

“As we approach closely to these ancient stones as a doctor would come close to an invalid, we discover an appearance that leaves us disconcerted. Their materiality, in fact; the sign of the hands that placed them in that admirable way and the commitment of those who first laid them out in their complex equilibrium, but above all we discover that we have an obligation, today, to open a dialogue with that genius, and to place our hands where those other hands were once placed” (Giuffrè 1984, p.120)

((The article is from “China and Italy: routes of culture, valorisation and management” , CNR 2018, edited by Heleni Porfyriou and Bing Yu)